PICS: Construction continues on tennis stadia and grounds of US Open

Construction continues on the grounds of the US Open tennis championships in Flushing Meadows, Queens, in New York. The roof over Arthur Ashe stadium will be ready in time for the 2016 tournament and the new Grandstand will also be fully up and running.

In addition, fans will notice a range of changes throughout the grounds, including more seating on the sides and ends of the field courts, an expanded food village, a new (slightly smaller) food court next to the new Grandstand stadium, elevated walkways between several of the outer courts on the southern edge of the site, wider walkways and paths, an oyster bar and twice as many restrooms.

I went down to check out the progress on behalf of the USTA and USOpen.org. All photos are credited to Ashley Marshall/USTA.

The full Q&A with COO Danny Zausner can be found here. A gallery of images can be seen here.

Here are a few pics of the construction, including the roof, air conditioning and vents inside Arthur Ashe Stadium, the new Grandstand Stadium and the renovated South Campus and field courts. 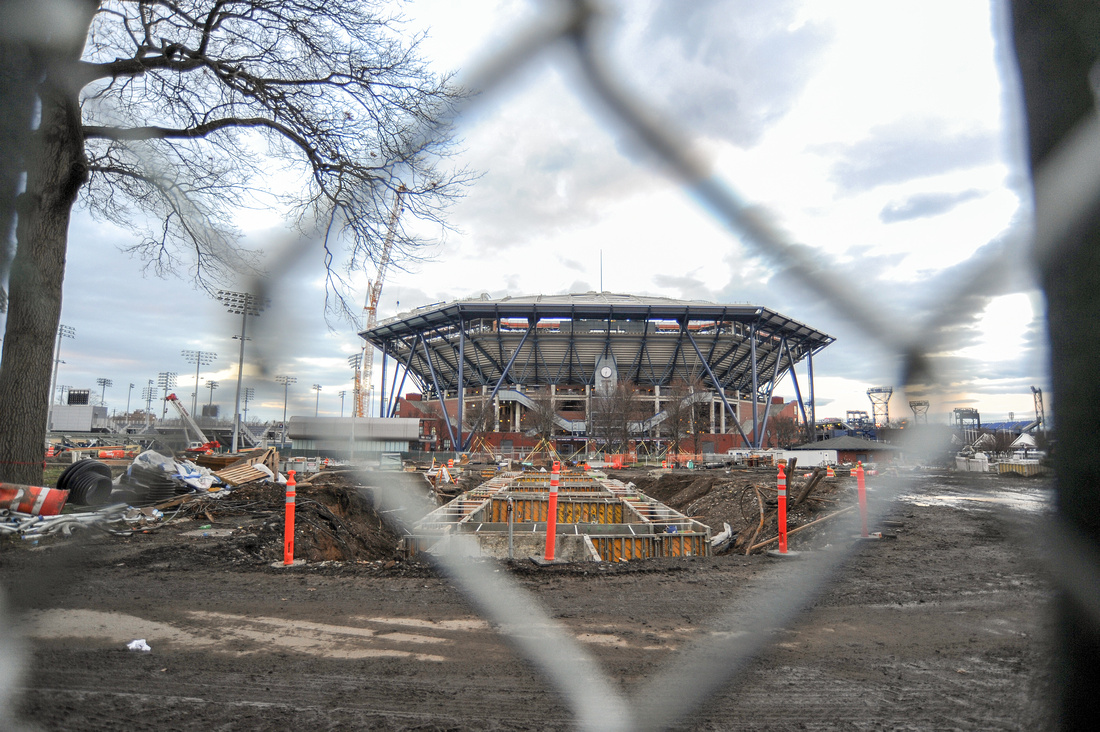 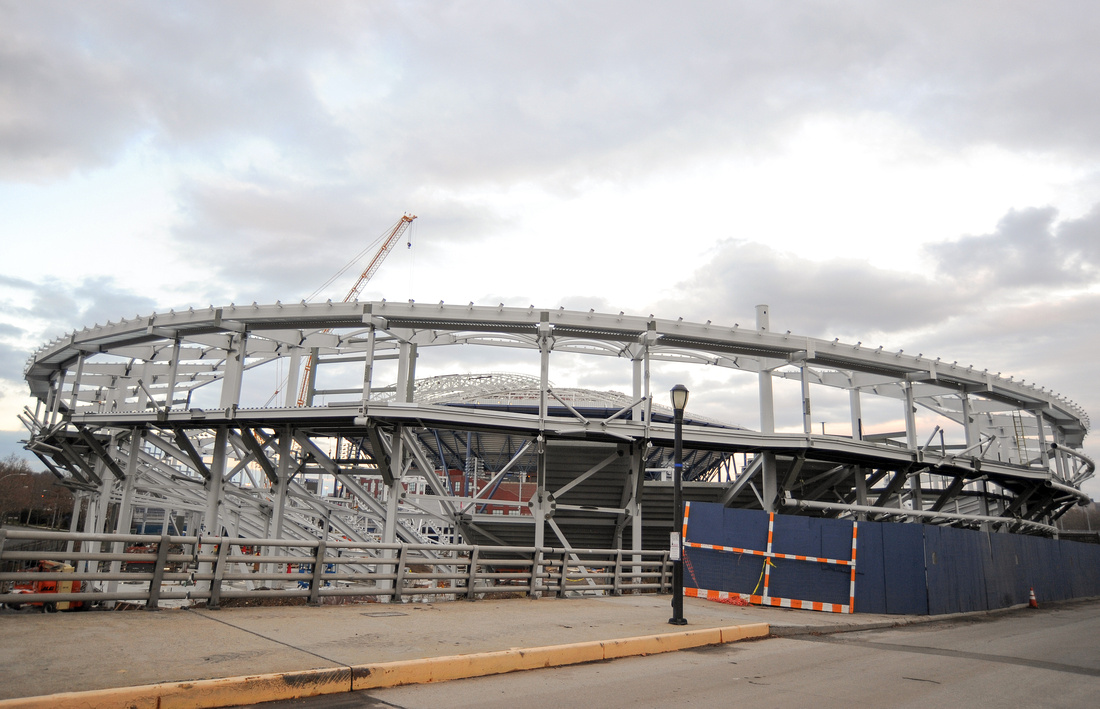 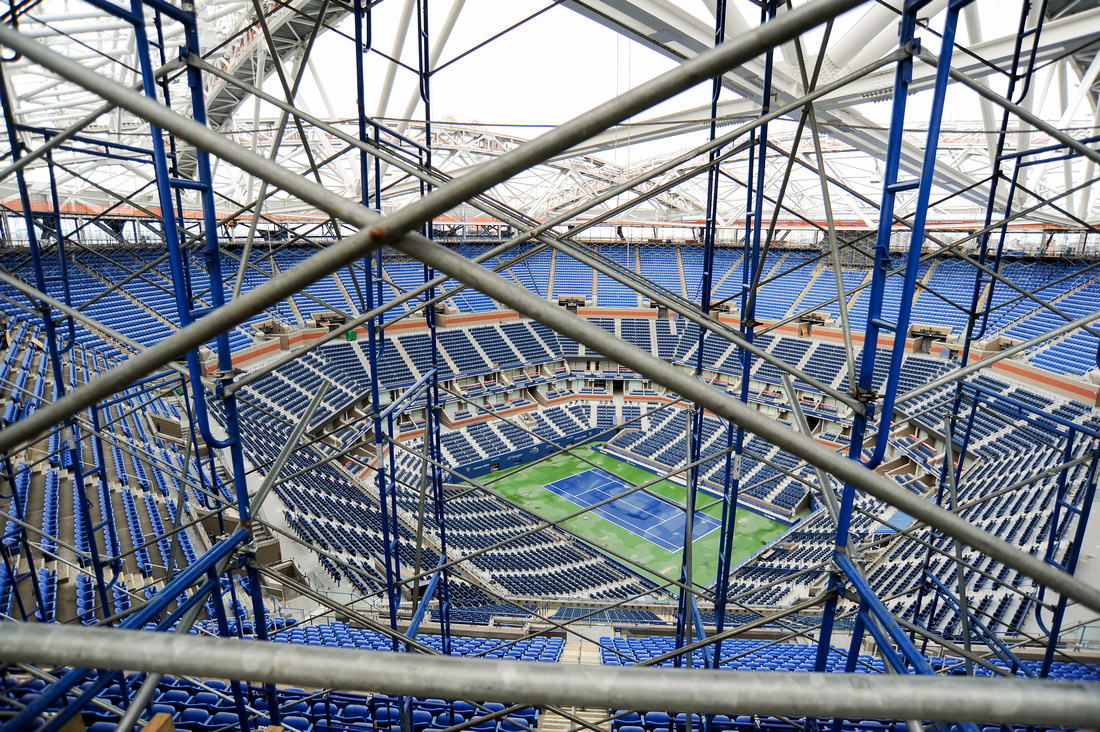 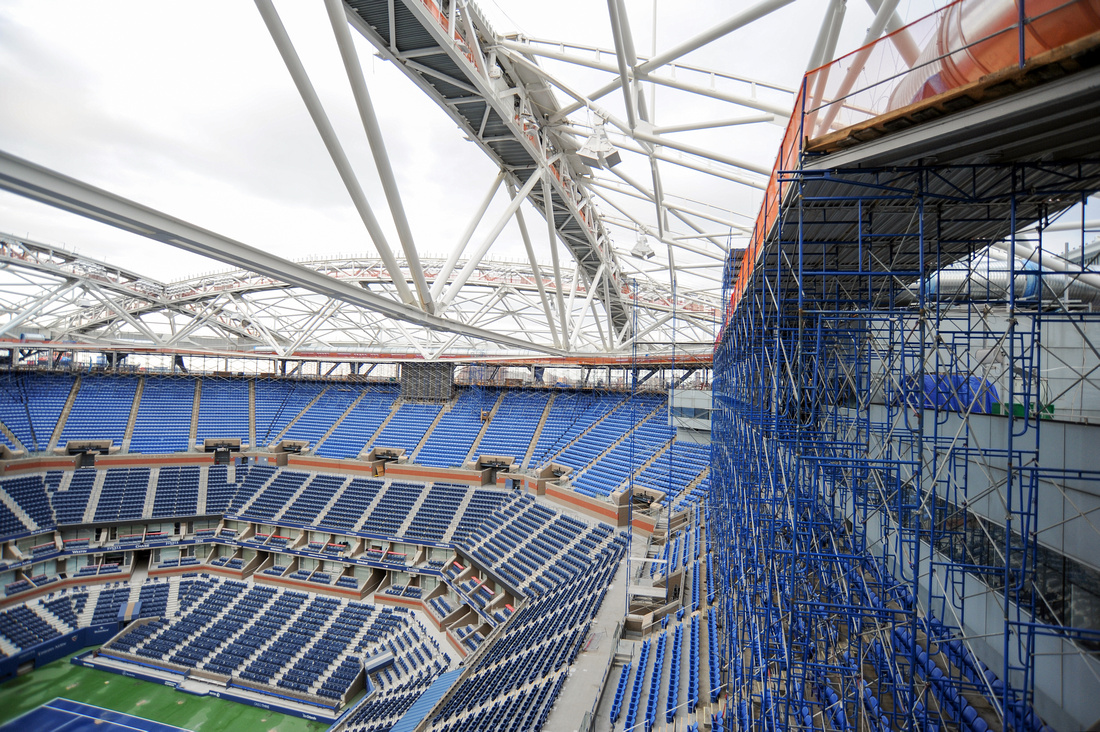 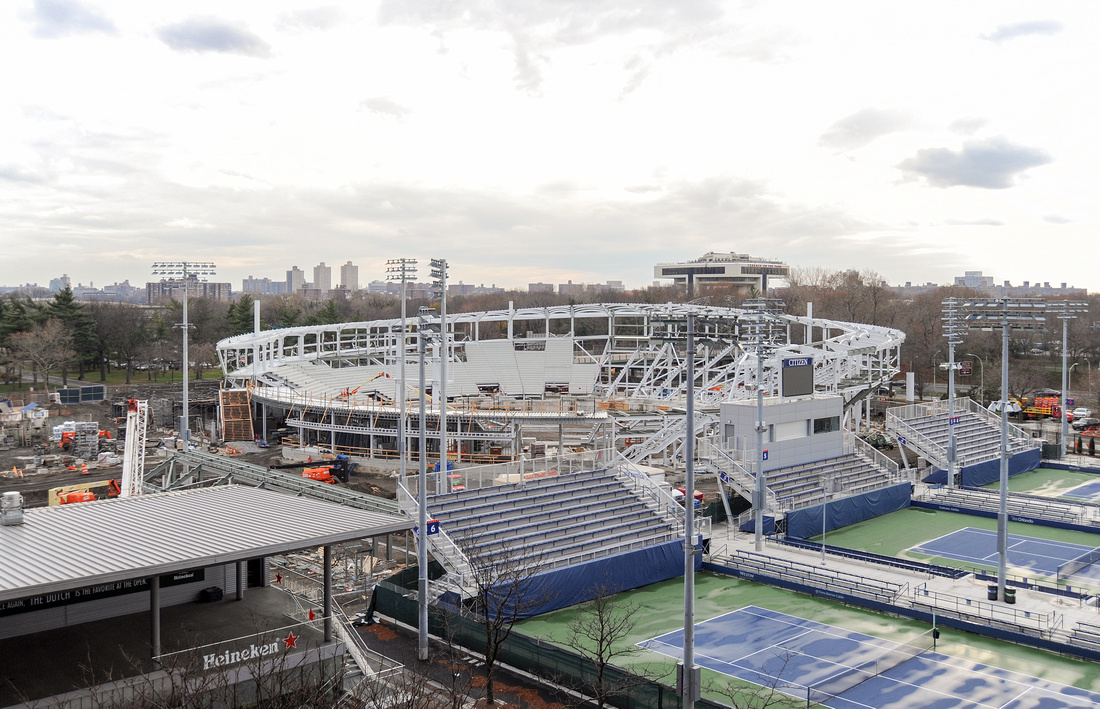 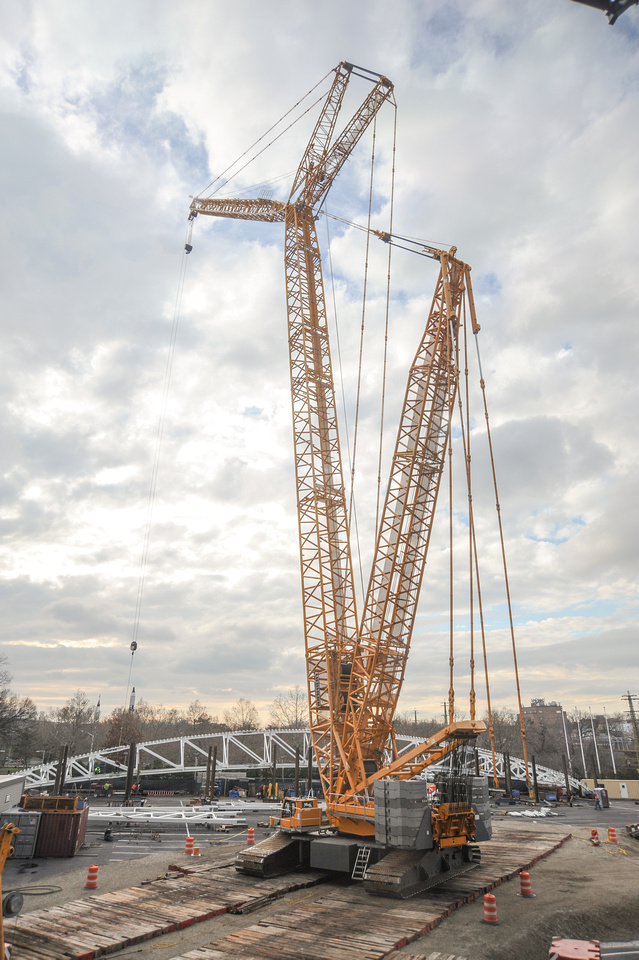 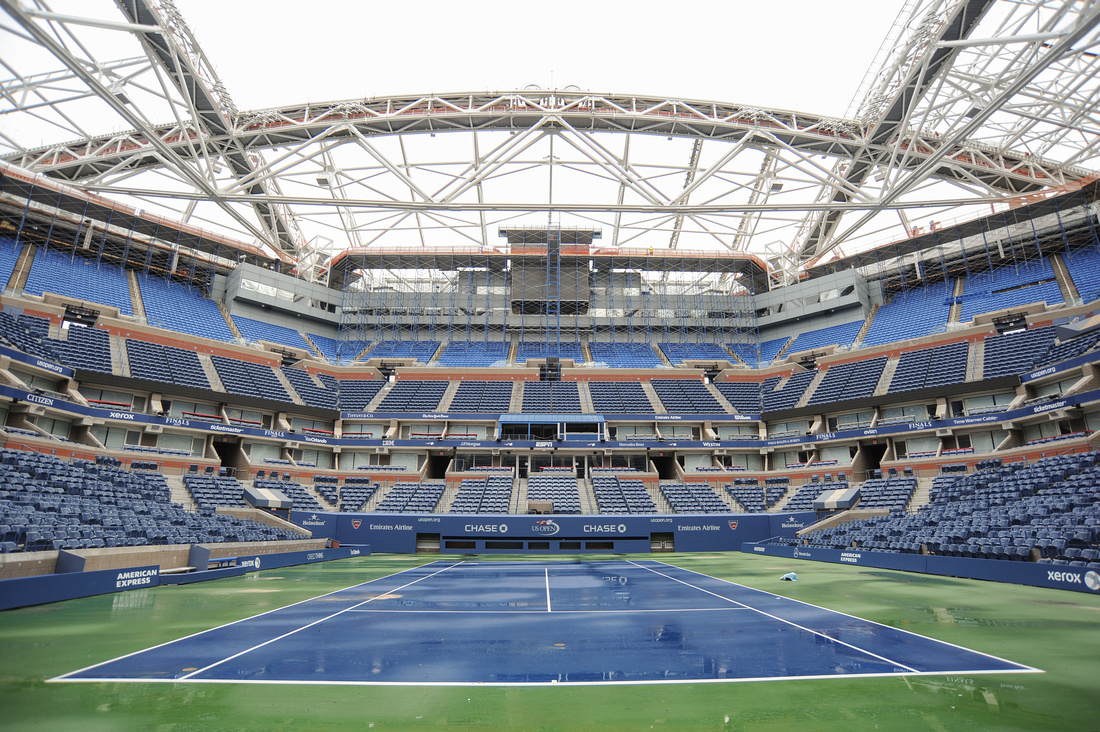 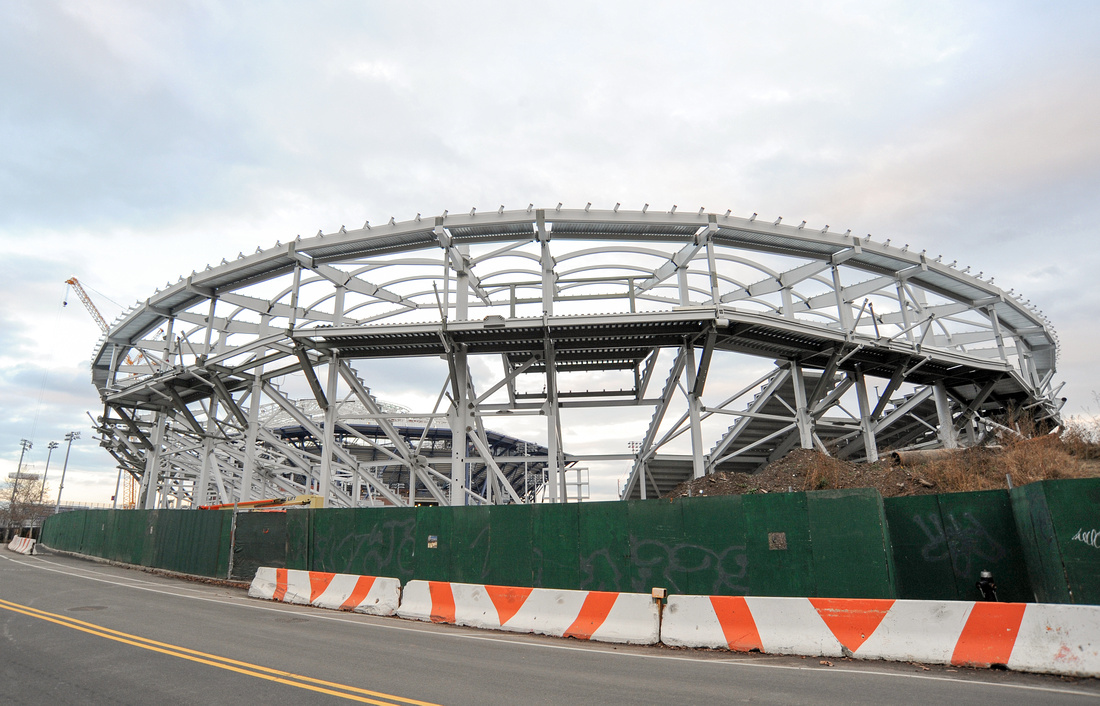 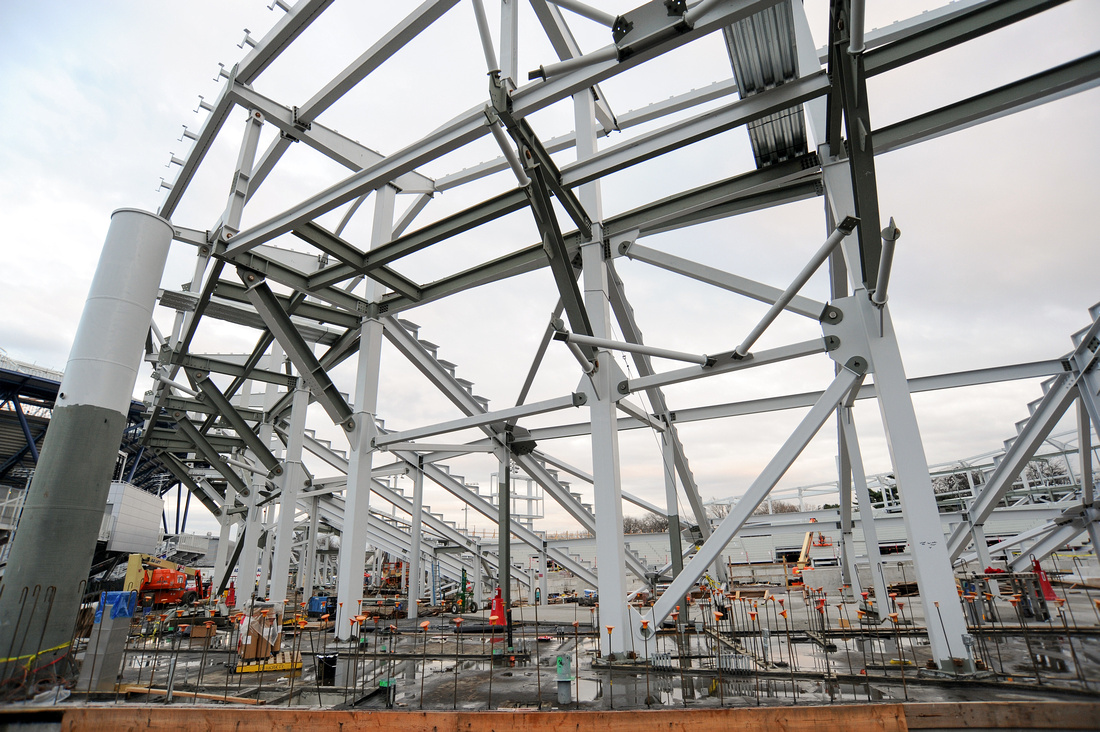 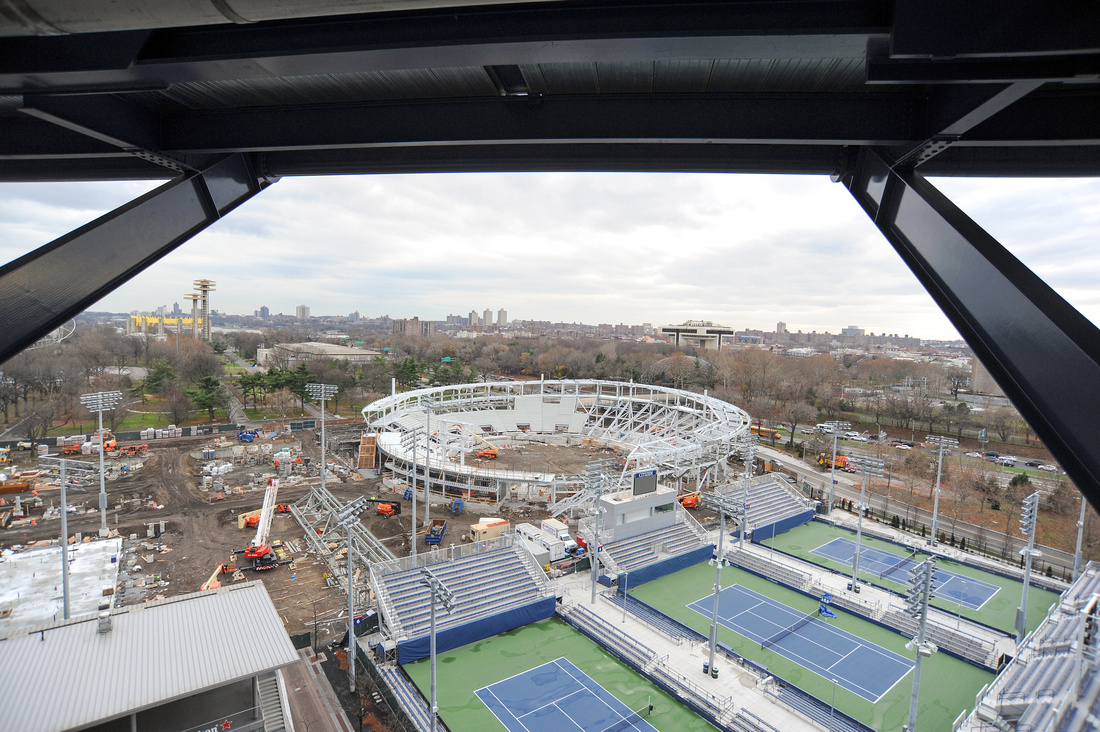 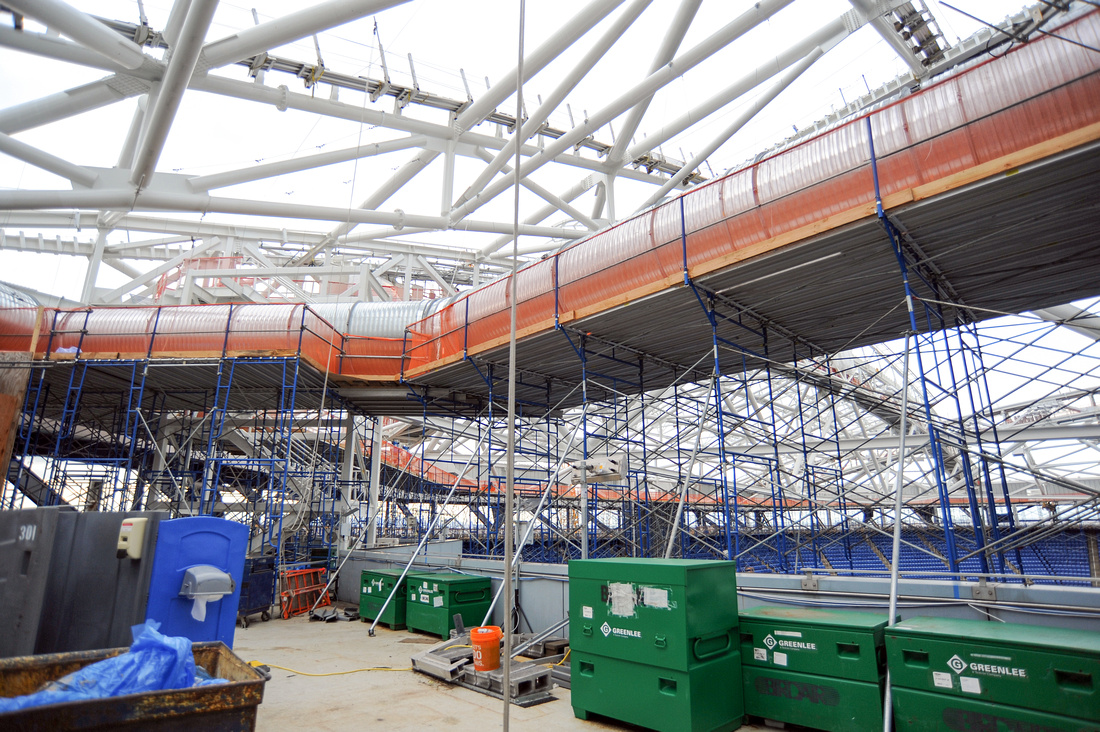 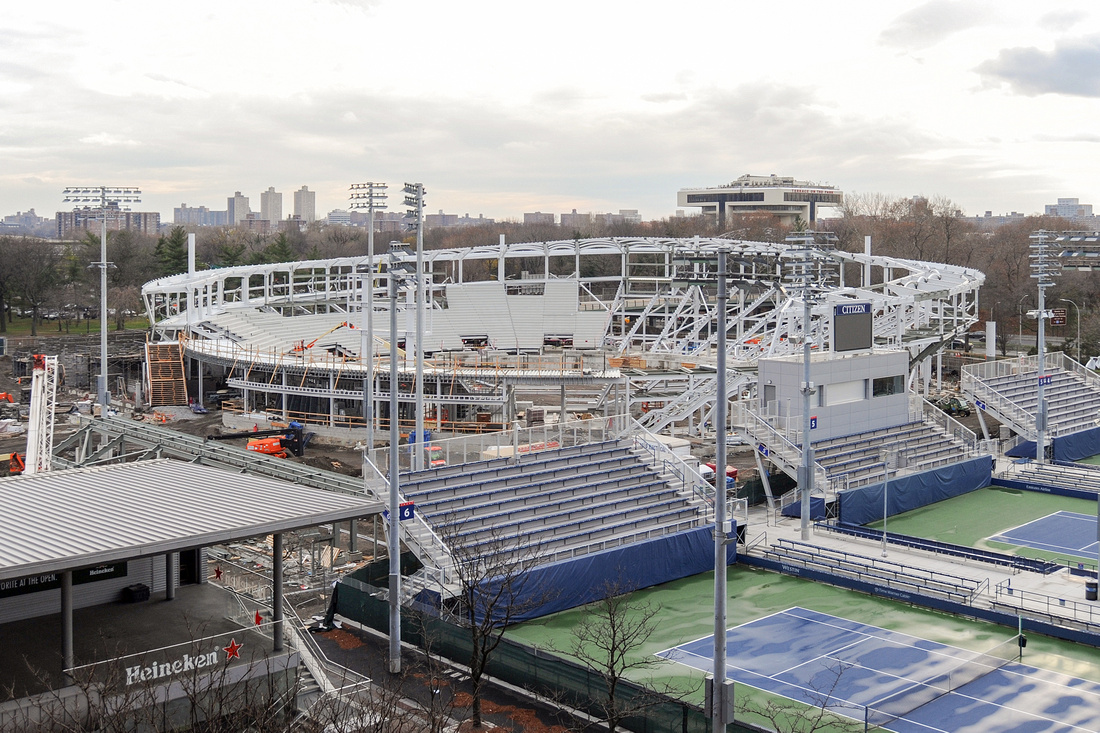 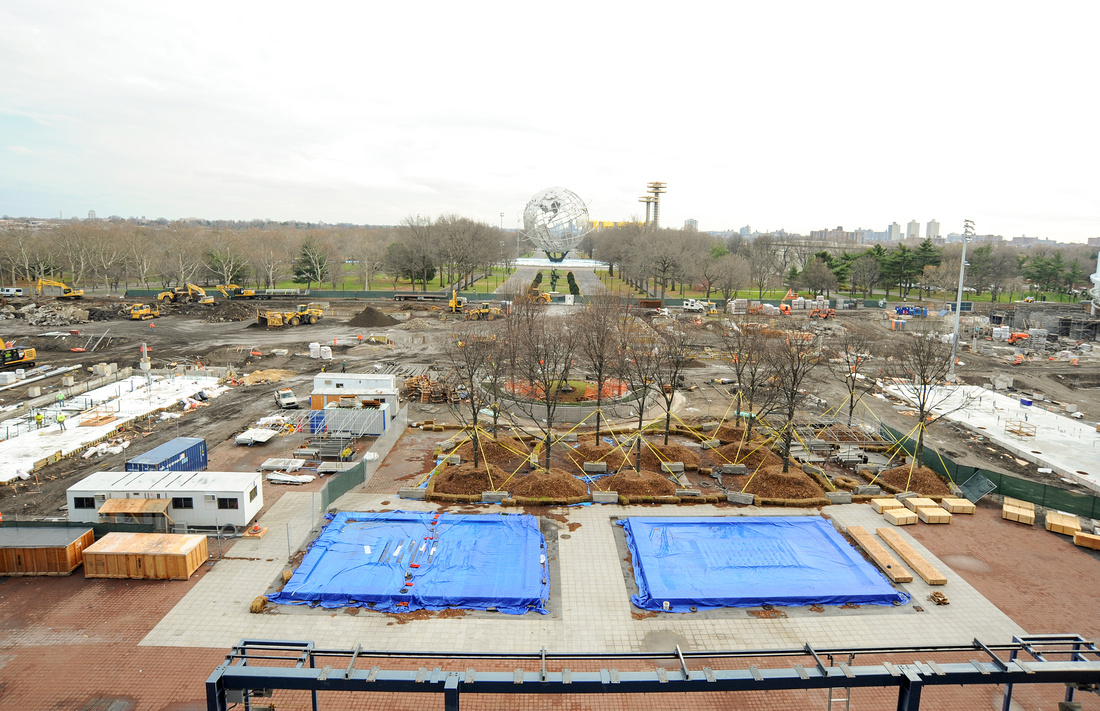 USTA Construction, USTA Billie Jean King National Tennis CenterA view of the South Plaza as seen from Arthur Ashe Stadium. The new concrete footprint for Court 11 and Court 7 can be seen at the left and right of the picture, respectively, at the USTA Billie Jean King National Tennis Center in Queens, New York, USA, on Dec. 18, 2015. Photo: Ashley Marshall/USTA 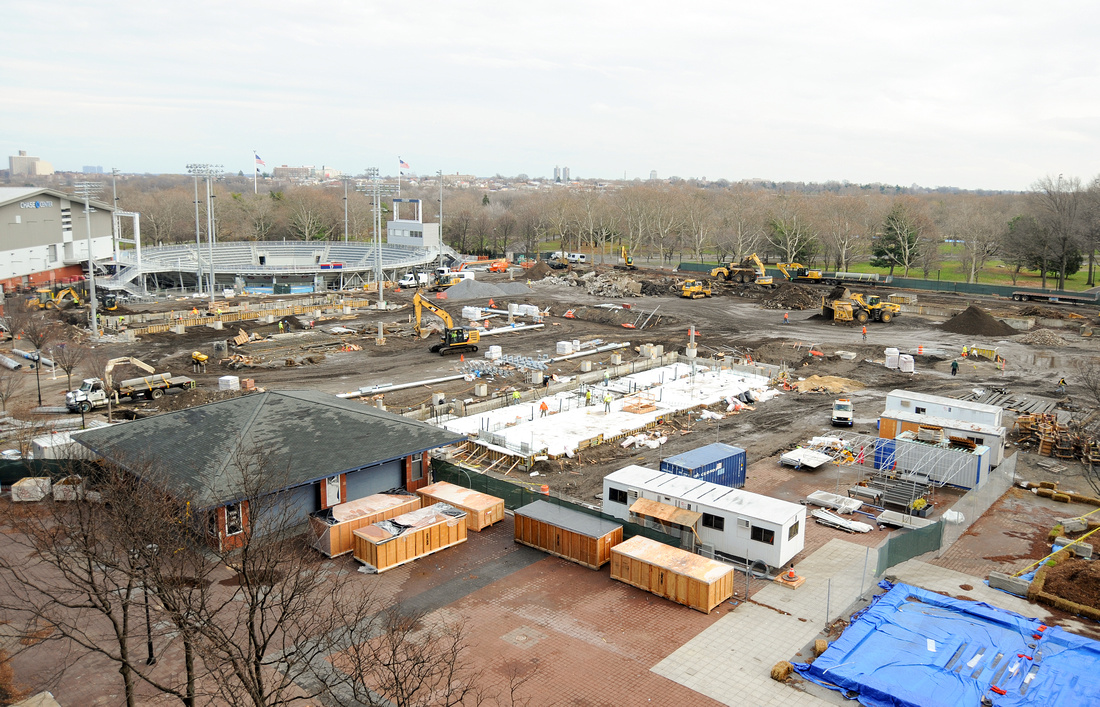 USTA Construction, USTA Billie Jean King National Tennis CenterA view of Court 17 as seen from Arthur Ashe Stadium. The new concrete footprint for Court 11 can be seen in the middle of the picture. Five other field courts will be re-built here at the USTA Billie Jean King National Tennis Center in Queens, New York, USA, on Dec. 18, 2015. Photo: Ashley Marshall/USTA