Pics: Quinnipiac defeats Harvard in overtime at Rivalry on Ice

Derek Smith's goal two minutes and 55 seconds into overtime gave the top-ranked Quinnipiac Bobcats a 5-4 victory over the Harvard Crimson in the annual Rivalry on Ice game at Madison Square Garden on Saturday evening.

The Bobcats seized the early advantage, scoring three goals in 36 seconds in the opening period. Alex Miner-Barron got the visitors on the board before K.J. Tiefenwerth and Sam Anas extended Quinnipiac's advantage to 3-0. A fourth goal by Travis St. Denis capped a frantic opening period for the No. 1 team in the nation.

Alexander Kerfoot got Harvard on the board midway through the second period, and Tyler Moy collected a power play goal off an assist from Desmond Bergin to halve the deficit. Ryan Donato cut the lead to one with a strike at the 17:43 mark before Colin Blackwell completed the comeback 10 minutes into the third.

With the score tied at 4-4, the game went to overtime, but it was Smith who sent the Bobcats home victorious when he scored off an assist from Tim Clifton and Scott Davidson.

Following the conclusion of the Quinnipiac-Harvard contest, Navy beat Army, 6-4, in a club exhibition match.

Here are some photos from the games. 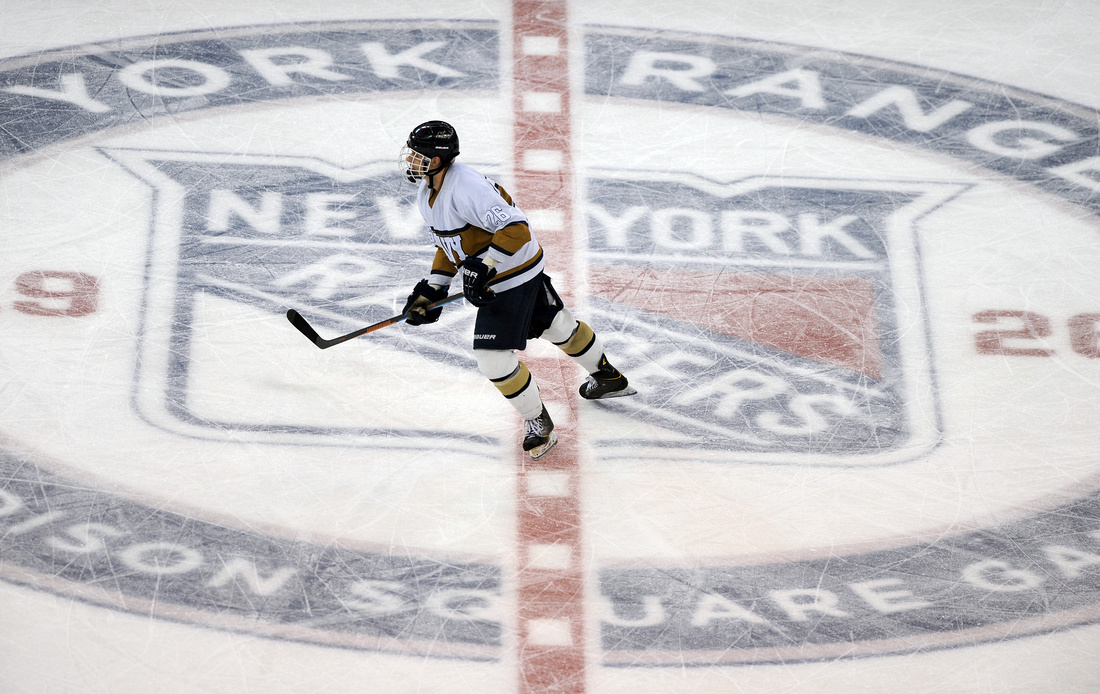 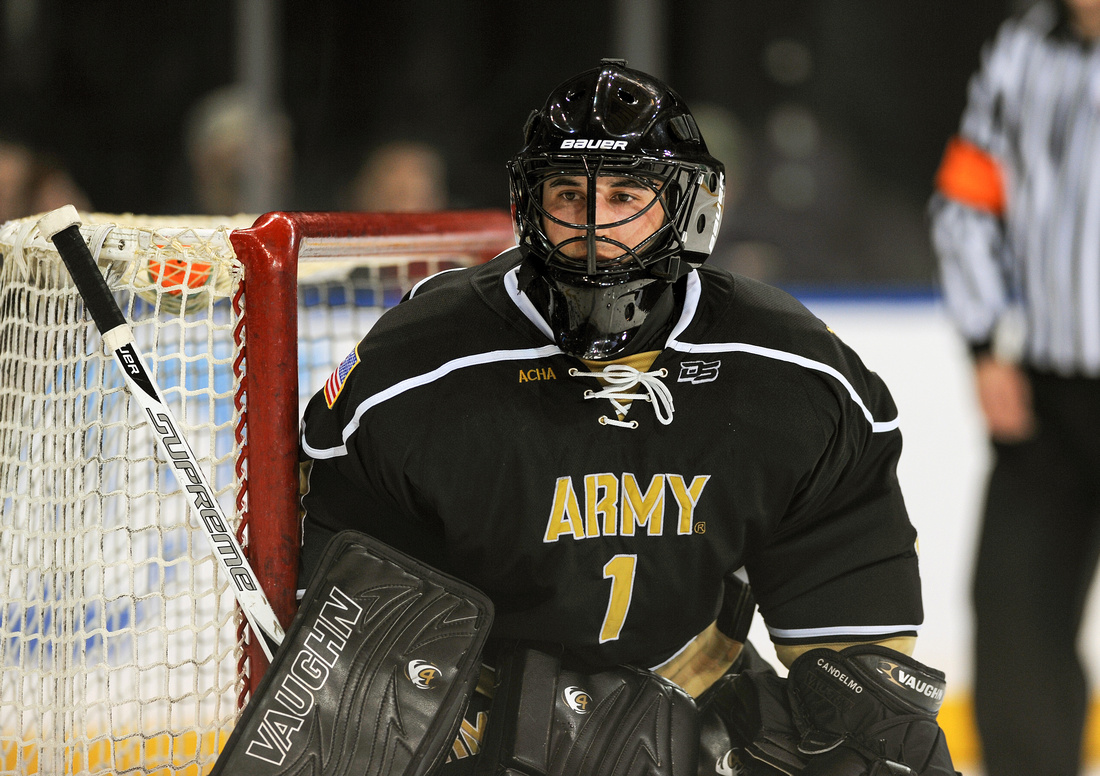 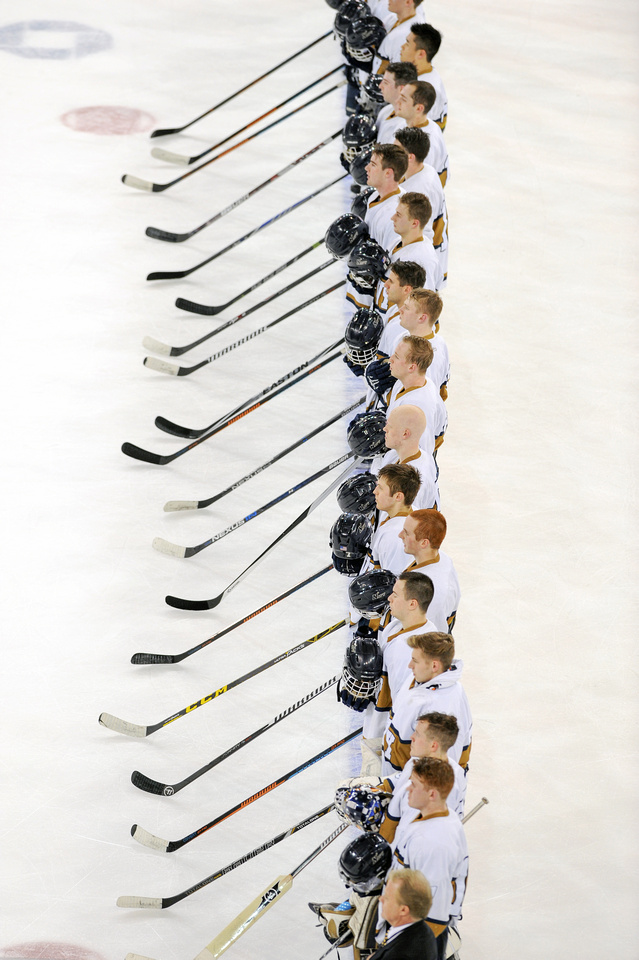 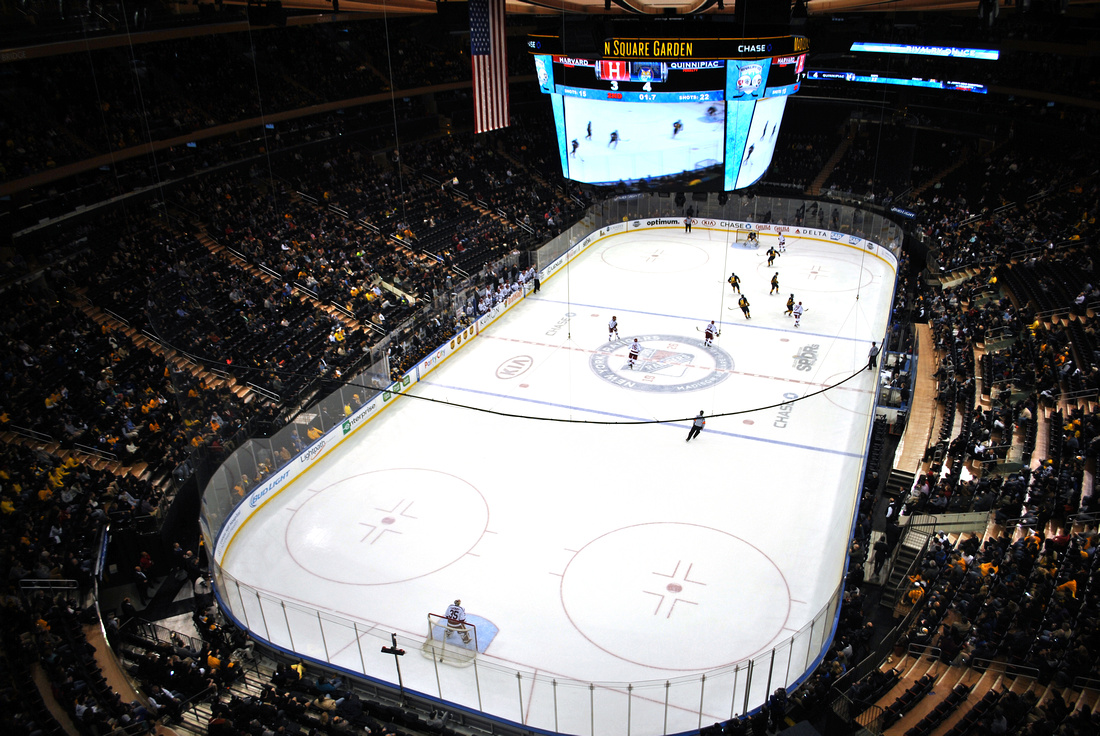 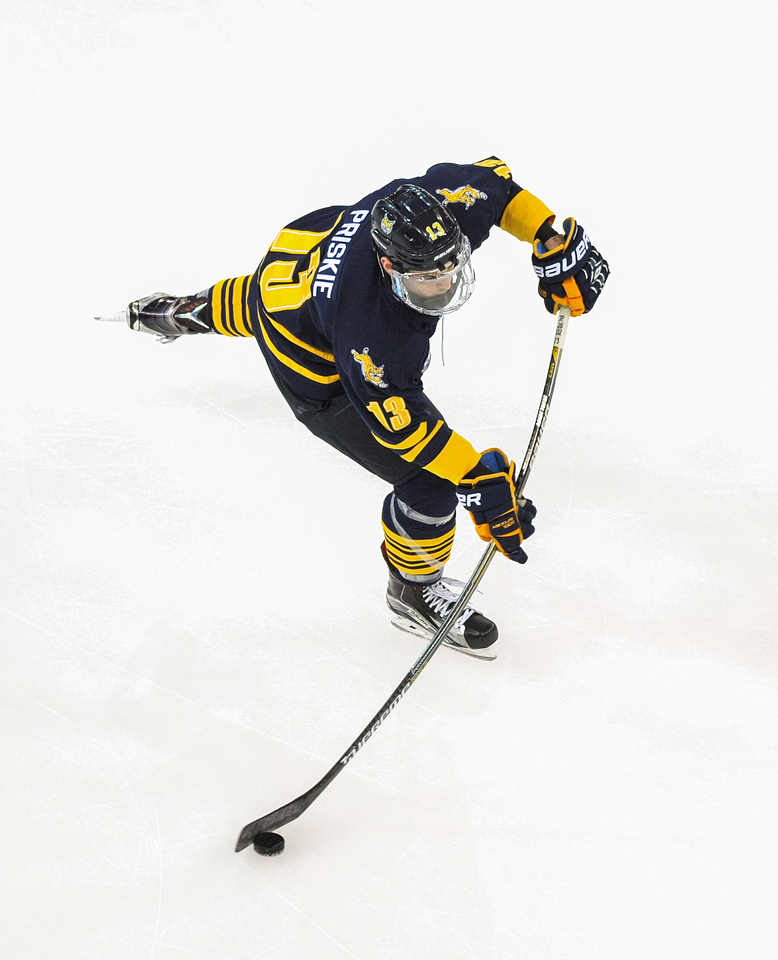 Rivalry on IceQuinnipiac Bobcats freshman defenseman Chase Priskie (13) in action in a game against the Harvard Crimson at Madison Square Garden in New York on Saturday, Jan. 9, 2016. Photo: Sportsdaywire 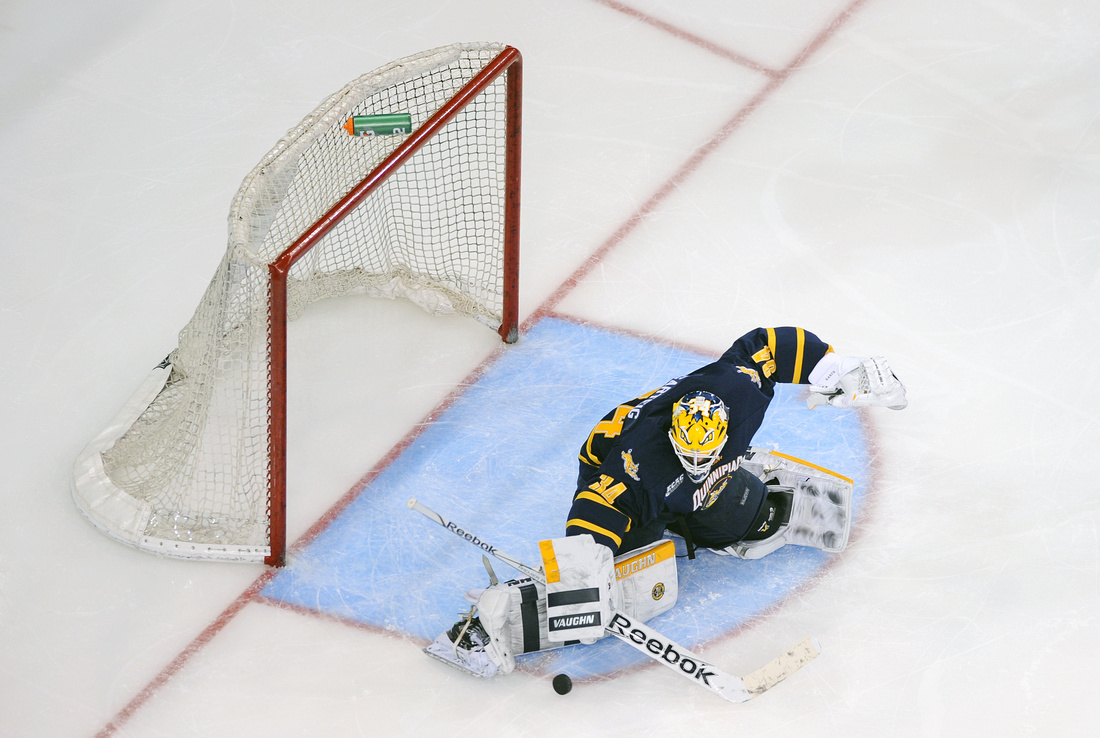 Rivalry on IceQuinnipiac Bobcats senior goaltender Michael Garteig (34) makes a pad save lunging to his right against the Harvard Crimson at Madison Square Garden in New York on Saturday, Jan. 9, 2016. Photo: Ashley Marshall 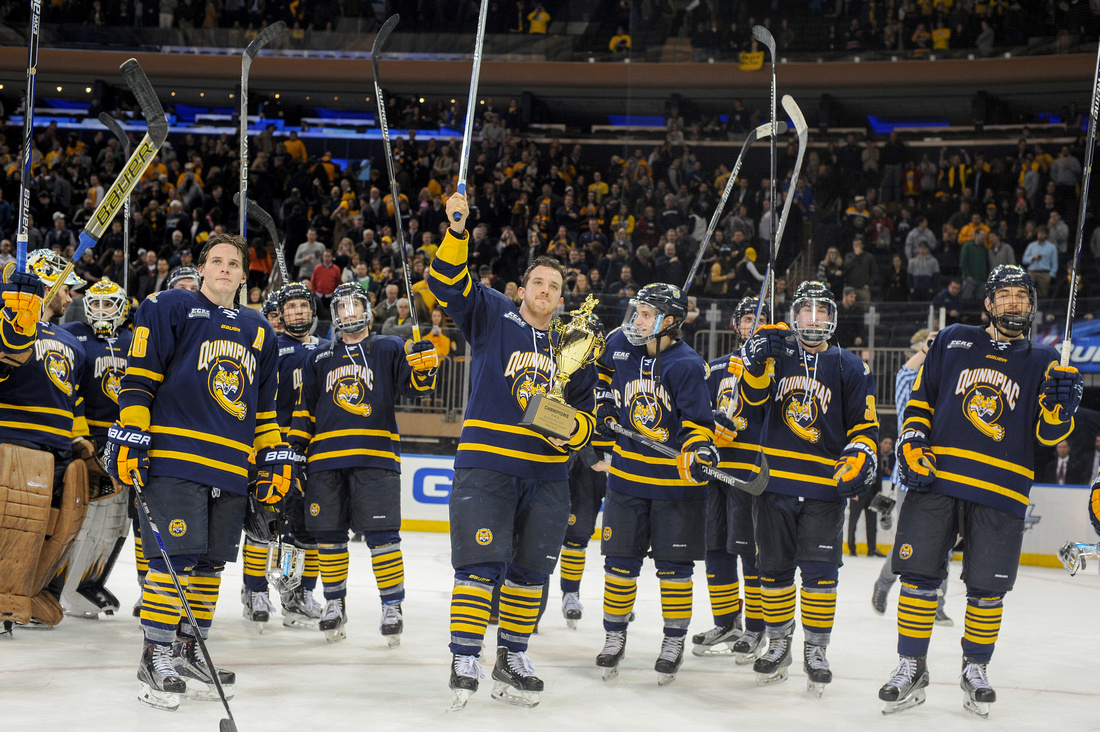 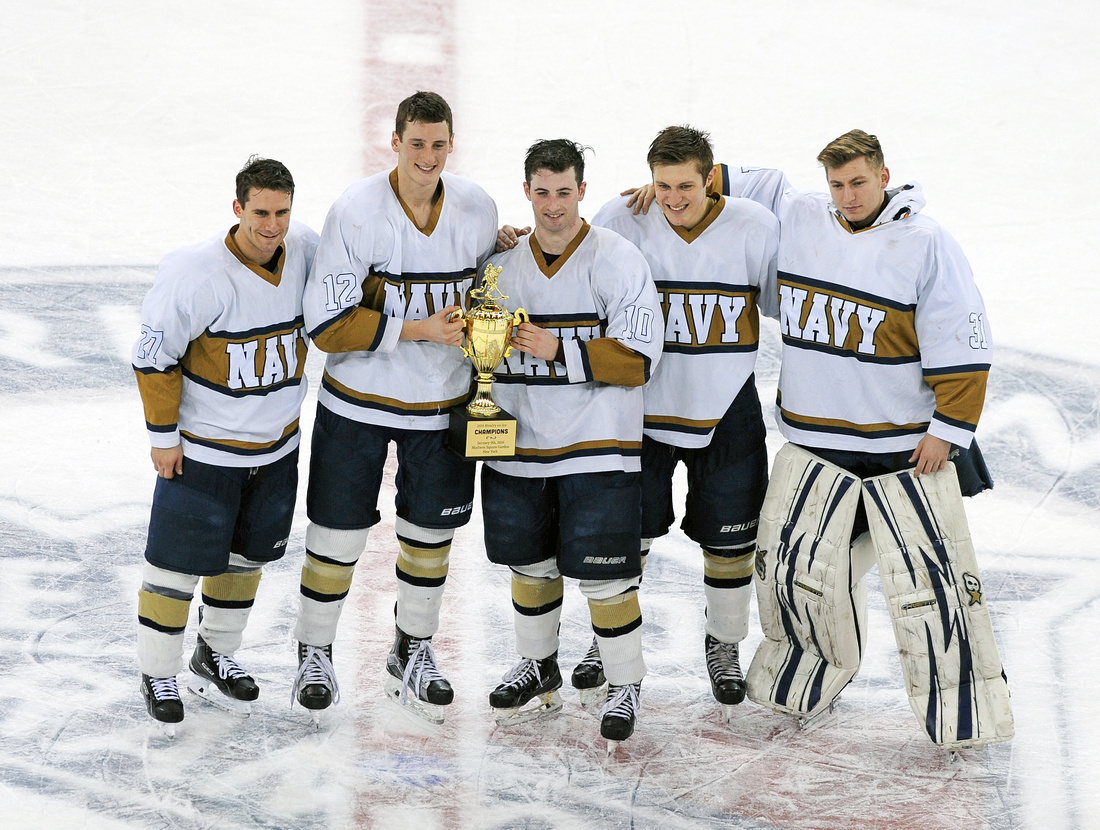 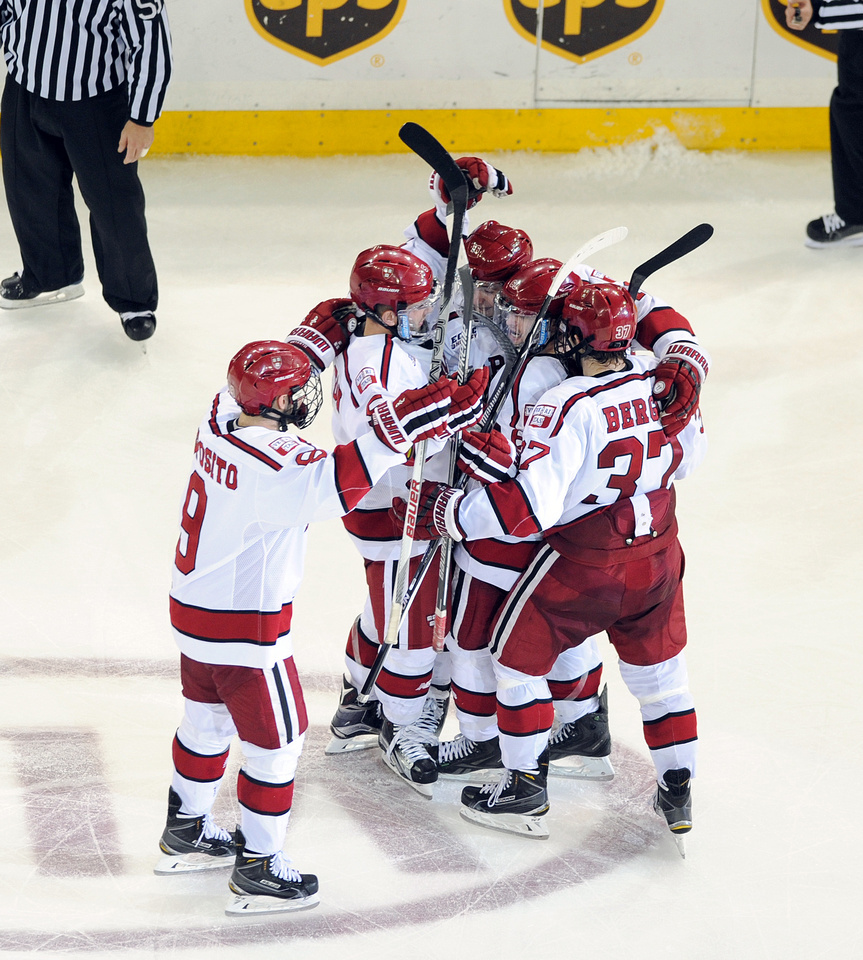 Rivalry on IceThe Harvard Crimson celebrate tying the game at 4-4 in the third period against the Quinnipiac Bobcats at Madison Square Garden in New York on Saturday, Jan. 9, 2016. Photo: Ashley Marshall 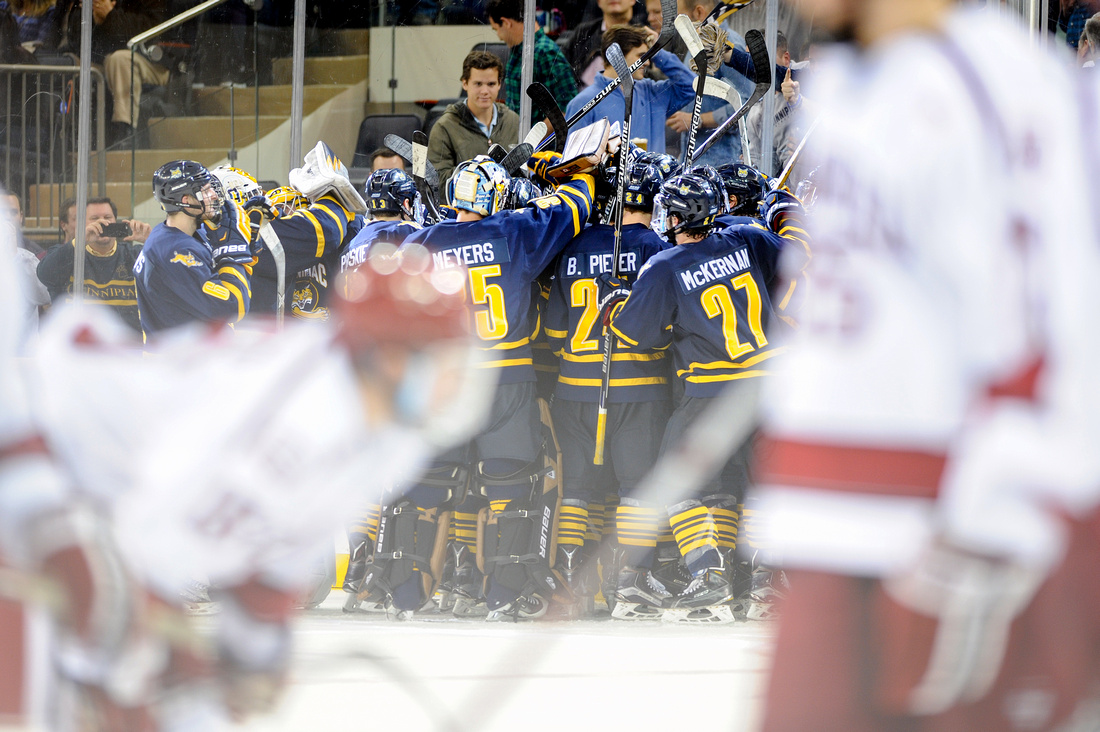 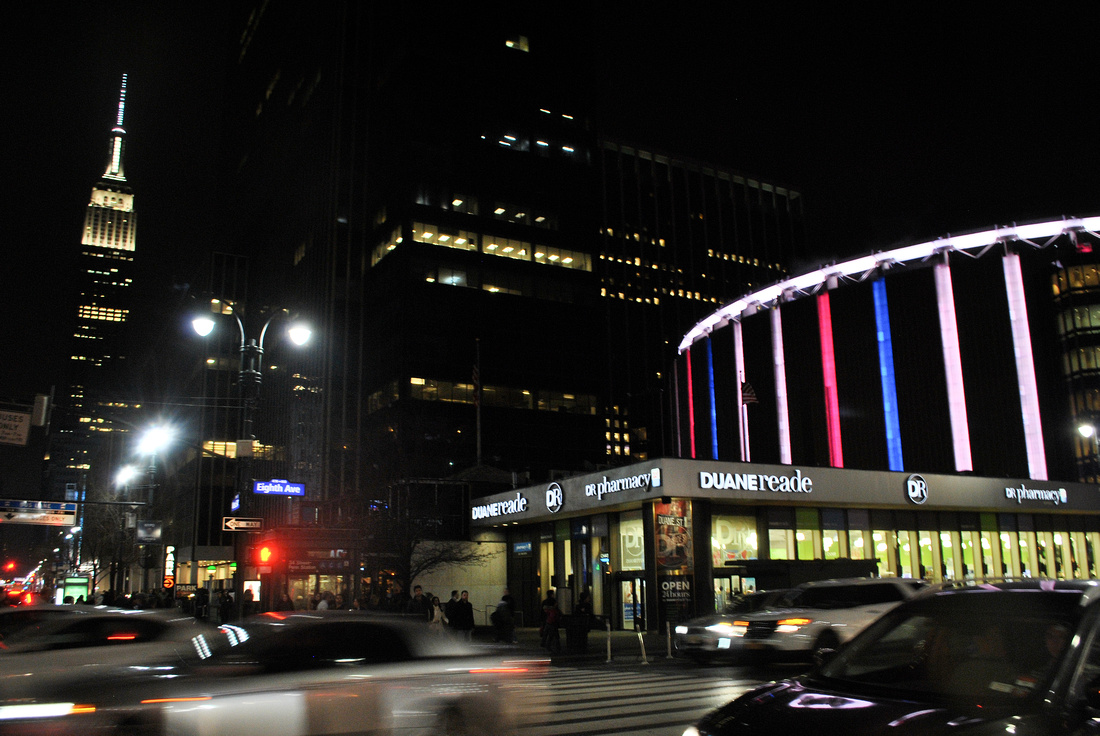 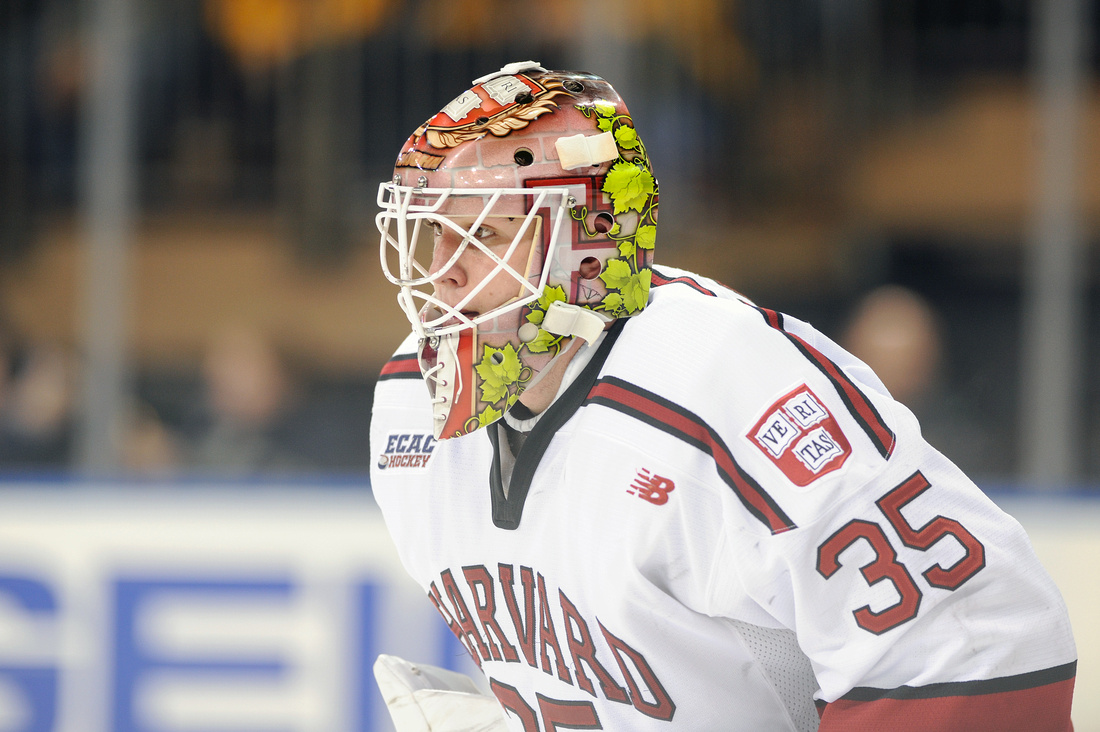 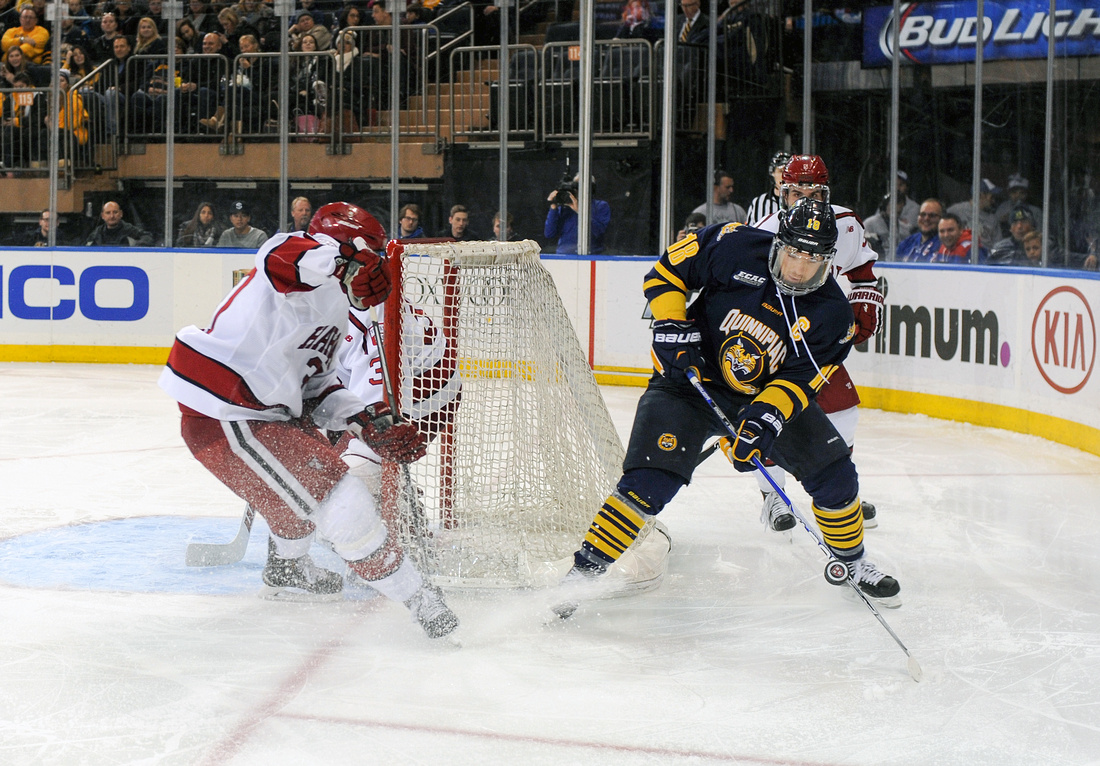 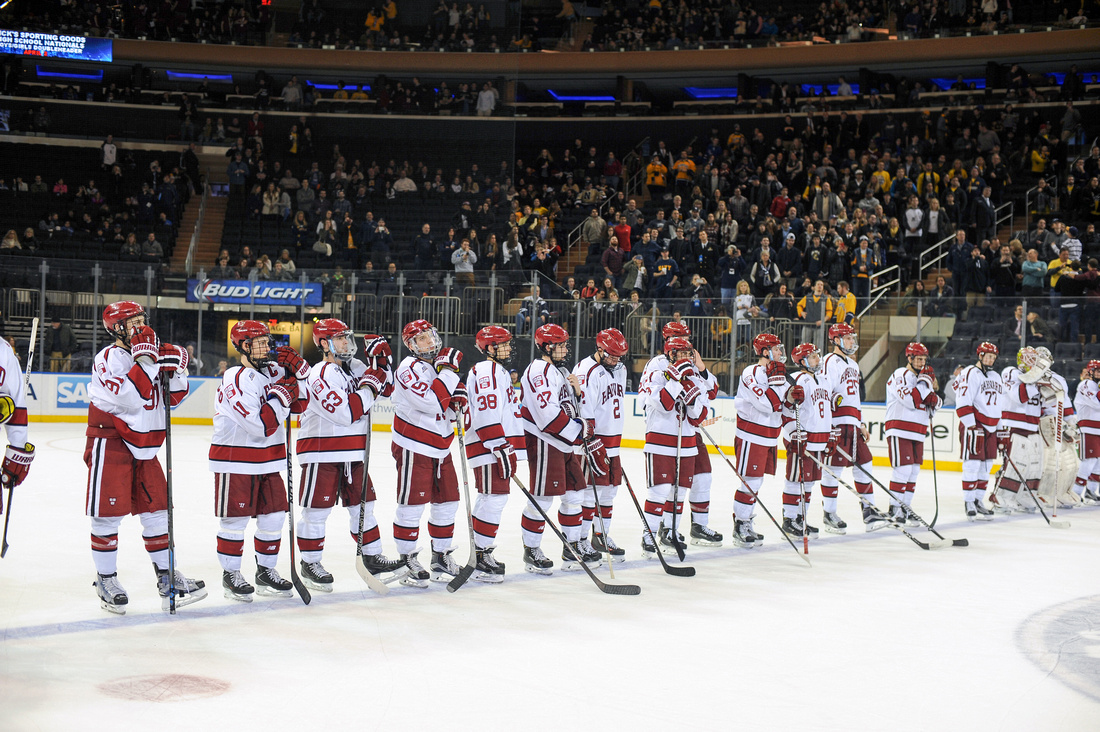 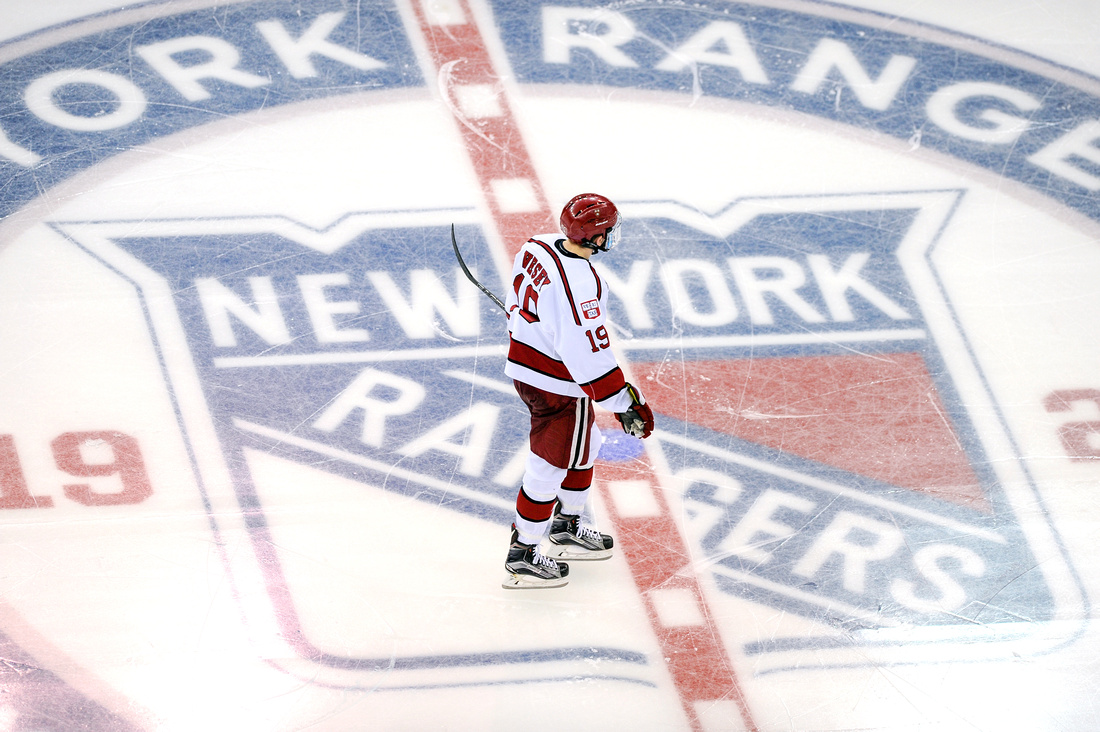 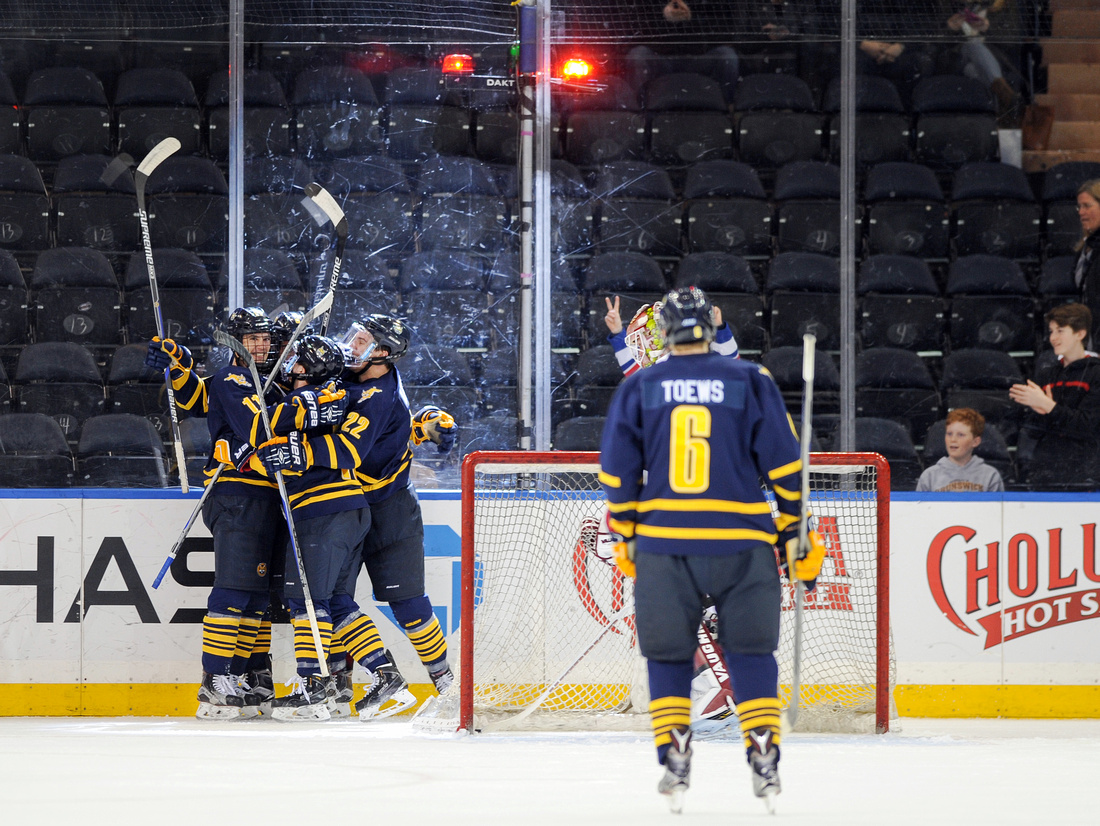 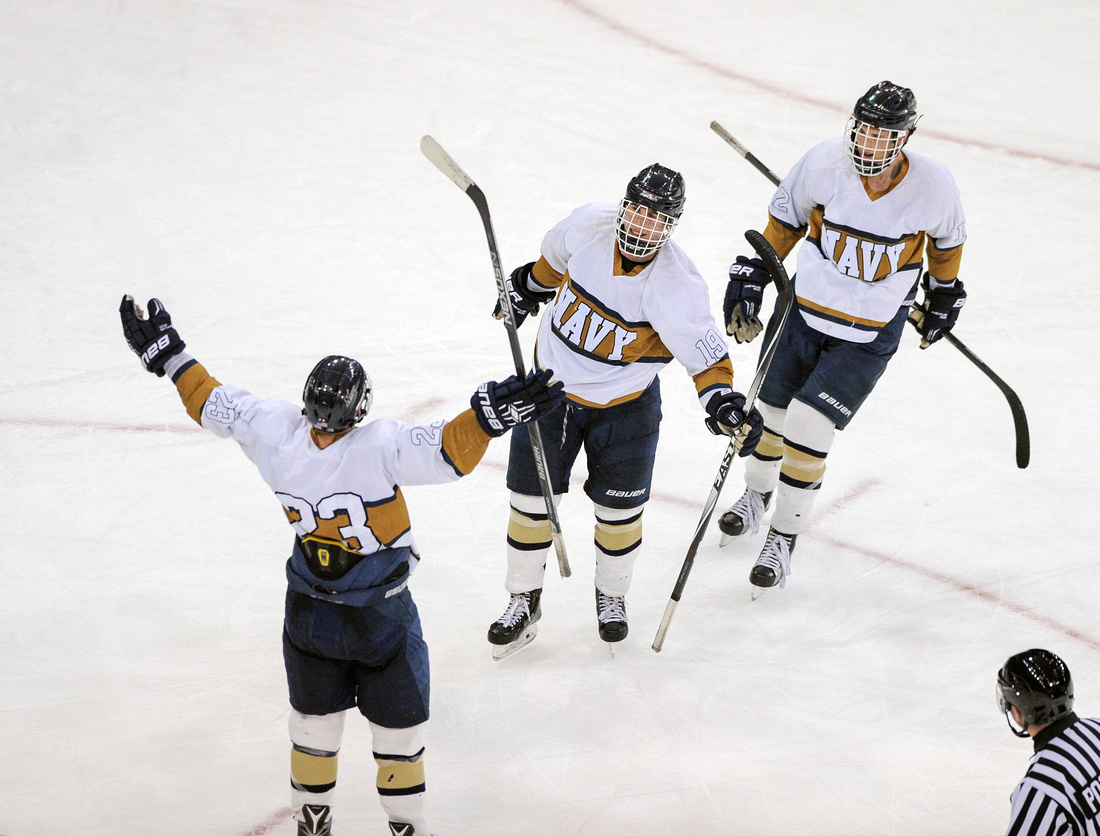 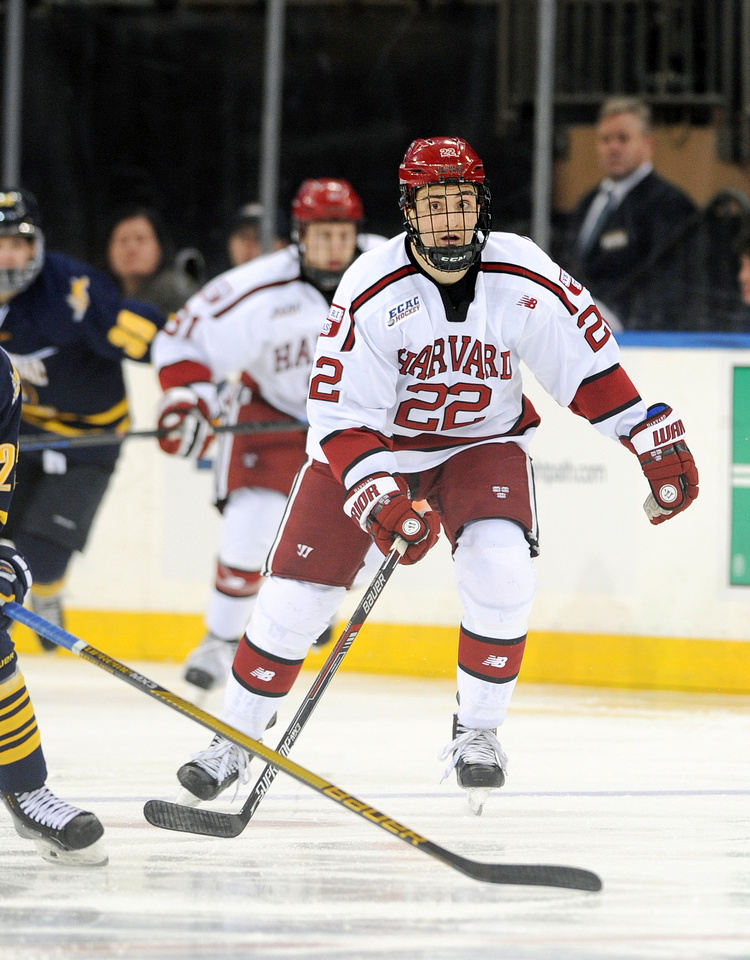 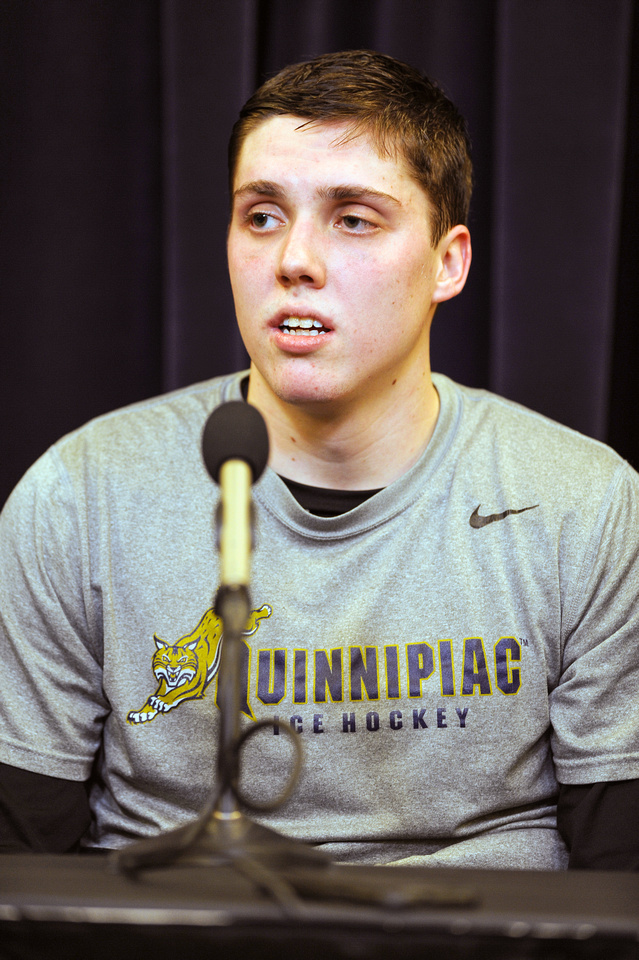 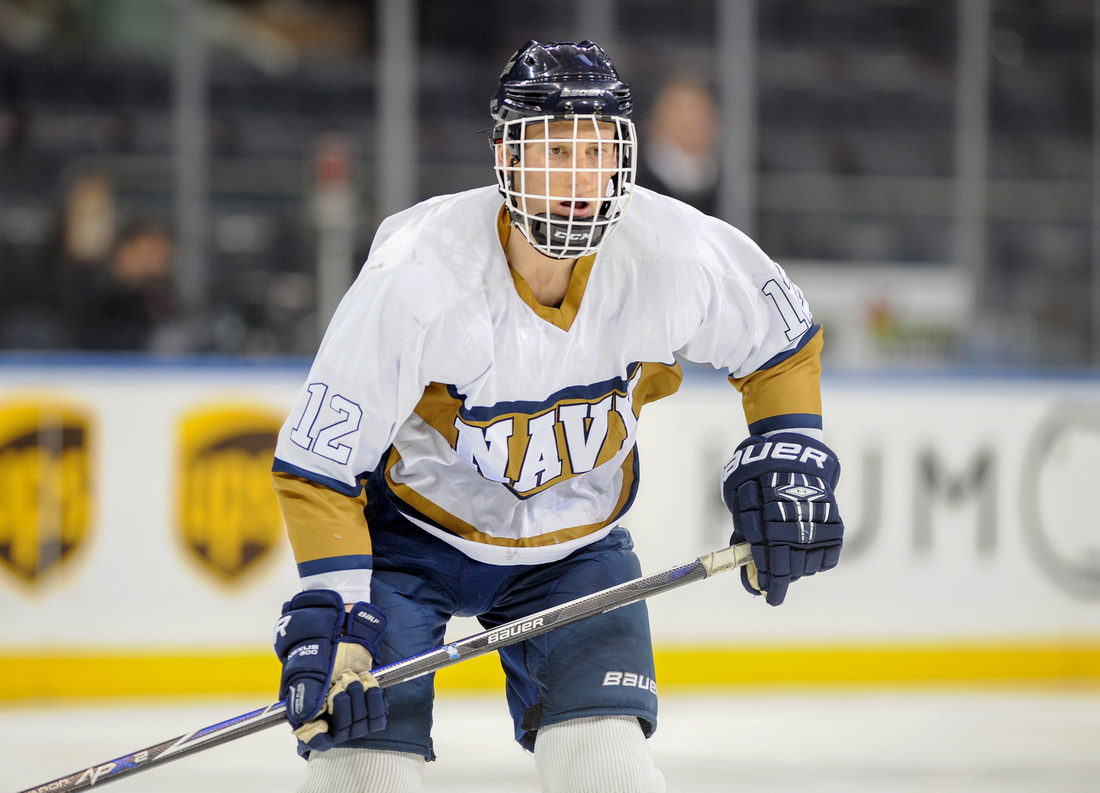